Admiral James Sandecker is a fictional character in the Dirk Pitt and Kurt Austin adventure novels by acclaimed novelist Clive Cussler. Sandecker is the Director of NUMA, the National Underwater and Marine Agency. In later novels, he was appointed as the Vice President of the United States after the Vice President's death while in office.

Born April 12 1918, Sandecker graduated from the U.S. Naval Academy class of 1939. He achieved flag rank in the Navy before the age 50. During his career in the Navy, he was once stationed on the battleship Iowa. He last commanded the Navy guided-missile cruiser Tucson, retiring after a long career in the United States Navy.

Sandecker is perhaps one of the most flamboyant and rigid leaders of a government organization such as NUMA. When he was first appointed to the position as Director of the agency and its creator in 1978, he was only given a staff of twelve individuals (Dirk Pitt and Al Giordino included). In the span of only a few years, this determined and enigmatic retired Admiral built NUMA into an agency funded by an annual budget of over four hundred million dollars, with a staff of over five thousand personnel and scientists. Sandecker is politically connected on every level of government, and his requests are often granted due to his friendship, relationship, or past dealings with a member of Congress. He has been able to accomplish more in a few years than many politicians would ever hope to complete in a lifetime. It is revealed in the novel Pacific Vortex! that Admiral Sandecker met and decided to choose Dirk Pitt as the Special Projects Director for NUMA after Pitt shot down the plane carrying the Admiral and his staff over the China Sea.[[|[1]]]

Once married and divorced for many years, Sandecker has a daughter and three grandchildren who live in Hong Kong. He is a vegetarian and health nut, jogs and lifts weights. It is often noted that Sandecker only sleeps four hours a night, commenting that he could sleep when he was dead. One of his most distinguishing features is a boisterous Vandyke beard complemented by his red hair. He is slightly over 5 feet tall. He smokes 10 custom made, exclusively purchased cigars a day, and is stumped and often furious by the fact that Al Giordino always smokes the same custom brand. In early Pitt novels, Giordino is said to have tapped into Sandecker's personal supply, sometimes pick-pocketing a cigar directly from Sandecker's person. In later books Giordino is seen smoking the same custom brand but Sandecker is baffled because none of his personal stock turns up missing. In the 2001 novel Valhalla Rising, number 16 in the Dirk Pitt series, it was explained that Giordino had begun buying his cigars from the same source as Sandecker, a family in Latin America. These purchases are purposely made "on the sly" without Sandecker's knowledge, putting Giordino one-up in their "war of jests".

In the novel, Night Probe!, Admiral Sandecker is stated to be 61 years of age. 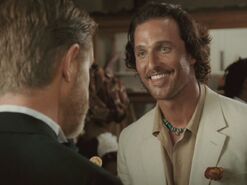 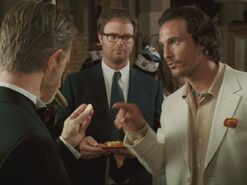 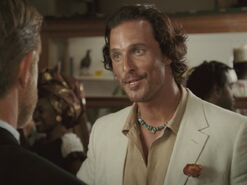 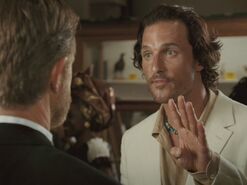 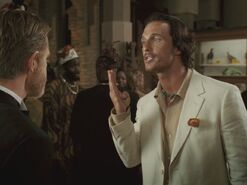 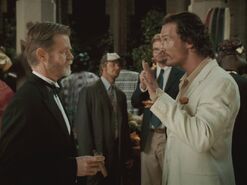 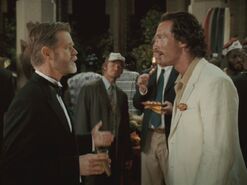 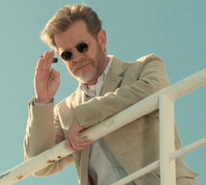 Sandecker on board the Martha Ann
Community content is available under CC-BY-SA unless otherwise noted.
Advertisement